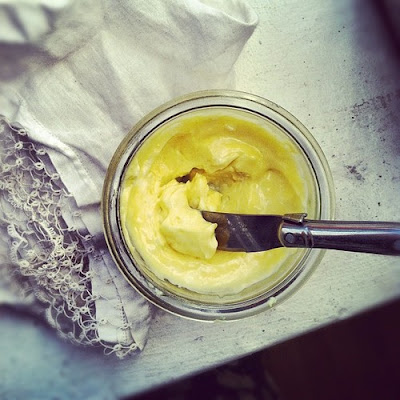 I thought about whether to post this week.  Technically, it’s A Plum’s third anniversary, though I haven’t felt like strapping on a party hat.  Mostly because of the recent events this week in Boston.  And also because I just don’t know what to do with Year Three of blogging.  I’ve since had some time to let the week settle in, to let it breathe, and decided that now was as important a time as any.

Earlier in the day on April 15th, before the bombings, I had a new patient come see me.  Halfway through a discussion on gluten-free whole grains, she interjected a sentence I had started about quinoa, and said we were approaching the fourth dimension, and that this life had bigger plans for me.   Then she did something even more unusual.  She said the universe supported me.  And gave me a hug.

And for some reason, this didn’t seem weird, or scary, or even inappropriate.  Just a little unnerving.  And oddly comforting.  A few hours later, our three-dimensional world dropped off.

My city—which most days is boisterous, quintessentially Bostonian—grew quiet amid the sirens.  I heard from friends and family all over the country.  People I haven’t talked to in six months.  People from past lives.  Texts came in rapid fire and throughout the day my eyes welled up even though I was safe, and all my loved ones were unharmed.

So I really haven’t felt like discussing food.  But we all might benefit from a distraction.  In fact, now more than ever.

After all, I am still someone who believes in the power of a well-made chicken salad sandwich.  To piggyback off of a recent tweet by Anne Lamott: “I don't know much, but I can tell you this: if someone makes you a great chicken salad sandwich, it is because they did not skimp on the mayo.”  Though Hellmann’s will most certainly do just fine, if you are in need of a task consider making your own.

I jotted down this recipe in my kitchen notebook awhile back.  Its origins are not glamorous.  In fact, I’m not even certain where it’s from.  But it’s gorgeously thick and slightly garlicky and a wonderful project that won’t seize the whole day.

So I made it today.  Because I believe in comfort, in all forms.  I am most certainly someone who believes in mayo.  And who gladly, wholeheartedly welcomes a supportive universe.  For us all.

Smash the garlic clove with the side of a knife and then use the side to mash the clove into a paste. Place the garlic, yolks, mustard, ¼ tsp salt, and lemon juice in a blender; give it a quick whirl.  Through the top of the blender, with it running, slowly add in the oil, about 1 tsp at a time, for the first ¼ cup.  After this, add the rest of the oil in a slow, steady stream, until the mixture becomes thick.  Stir in the lemon zest to taste (I added zest from ½ a medium lemon) and taste for additional seasoning.  Refrigerate.

Notes:
-Aioli is, at its simplest, a garlicky mayo, but please note the eggs in this recipe are not cooked. (Also, this may be a cheater's version, but I don't care.)

-In the past, I’ve added some basil to this recipe as well; which is quite good.
Posted by A Plum By Any Other Name at 8:17 PM 4 comments:

A Rationalization for Cocoa Frozen Yogurt 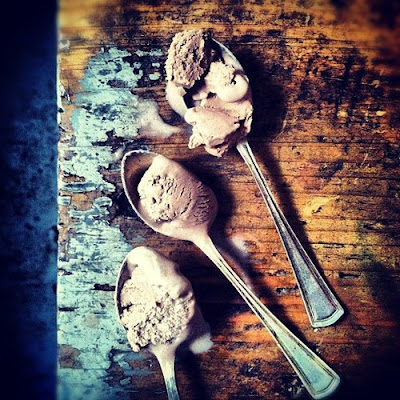 I am two weeks away from being done with this semester.  Which means my summer officially starts April 25th.  Break out the bourbon sours.  I may still need my winter coat and I probably have at least one upturned umbrella in my future between now and Memorial Day.  But still.

It’s odd to think of April in Boston as the beginning of a four month vacation, especially since I’ll still be working 40 hours a week, mostly discussing bowel irregularities and finding sly ways to convince folks to eat more root vegetables.  But 40 hours is not (what seems like) 140 hours at the moment.  This is the life of a dietitian in graduate school for what seems like an eternity (actual time, 3 years).

I’ve had some requests for items other than dessert to be posted on the blog. And I intend to honor them this “summer.”  I’ve wanted to make quiche since February.  I know.  Quiche is just an excuse to make pie. With cheese.  But I’ll throw a fistful of greens in there too.  Other savories will be discussed, as well.  I swear.

For now, I have a chocolate frozen yogurt for you.  But it’s not that kind of frozen yogurt.  It’s thick, full-fat and reminiscent of milk chocolate pudding.

The yogurt is still in there though.  Which makes it seem, in many ways, healthier than other creams and custards on ice.  Just as creamy and cocoa-dusted, mind you, but also lighter and a bit breezier.  Perfect for summer come early.

You see, I am a dietitian pursuing a liberal arts degree in gastronomy.  I can rationalize anything.

The day before you intend to make this yogurt base, place a strainer or colander over a bowl and line the strainer (or colander) with cheesecloth.  Secure the cheesecloth (I usually tie it with string or rubber bands.)  Pour in the yogurt to drain, cover everything with plastic wrap, and refrigerate overnight (6-8 hours).  During this time the yogurt with get thick.

The next day, discard the liquid in your bowl and measure out 1¼ cups of the strained yogurt; set aside.  (You’ll have a little extra.)

Mix 3 tbsp of the milk with the cornstarch in a small bowl; set aside.  Whisk the cream cheese in a medium bowl until smooth; set aside.

In a medium saucepan, combine the remaining milk, cream, sugar, and corn syrup and heat on medium-high until it boils (stir occasionally to make sure the milk doesn’t burn at the bottom).  Keep at a rolling boil for 4 minutes and then add in the cocoa powder and pinch of salt; whisk to combine.

Remove the cocoa mixture from the heat and gradually whisk in the cornstarch.  Bring the mixture back to a boil over medium-high heat and cook, stirring occasionally with a rubber spatula, until slightly thickened (this will only take a minute or so).  Remove from heat.

Gradually whisk the hot mixture into the cream cheese until smooth. (You may need to strain the liquid if you notice bits of cream cheese lingering about.) Add in the vanilla and reserved 1¼ cups of yogurt; whisk to combine.

Place a metal bowl inside a larger bowl filled with ice.  Pour the yogurt mixture into the metal bowl and allow to come to room temperature before placing it into the fridge until fully chilled (ideally overnight).

Pour the yogurt base into a frozen ice cream canister and spin until thick and creamy (the base will pull away from the sides of the canister when it is done; this should take about 25 minutes).  Pack the yogurt into a freezer-safe container with an airtight lid.  Press parchment paper directly on the surface of the frozen yogurt and seal with a lid.  Freeze for at least 4 hours before serving.

Yield: a little less than 1 quart

Notes:
-This could probably take up to 6 tbsp of cocoa quite comfortably.  I tasted at ¼ cup of cocoa and liked what I had.  So I stopped.  (I wanted a nice mellow chocolate flavor that didn’t overwhelm the yogurt.)

-You don’t have to refrigerate the cocoa yogurt base overnight, but I like to let the flavors have time to get to know each other.

-This freezers hard, so take it out a few minutes before you want to serve it.
Posted by A Plum By Any Other Name at 10:55 PM 3 comments:

Early Riser Polenta, For Us Humans 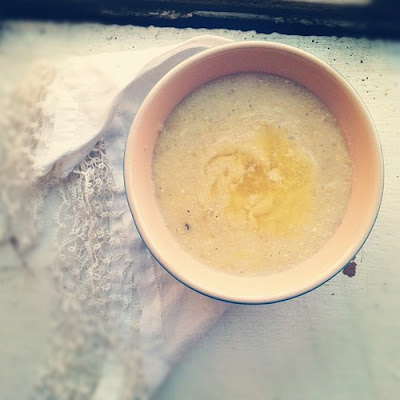 Very scary things have been said about polenta.  It’s pasty.  It needs to be fussed over or it’s all lumps and bumps. It burns if you so much as glance at it wrong.

But here is the secret.  It has to be stirred.  And this can’t be hurried.  That’s it.

It knows what it needs.  And what it needs is an hour to be ready.  So do not rush it, thankyouverymuch.  Making polenta is mediation by way of cornmeal.

I felt this needed to be discussed for a few reasons.  One.  Because I had an early dinner with my brother a few weeks ago and the man revealed he has yet to latch on to the right polenta recipe.  Since he owns my great grandmother’s hand crank cavatelli maker—and has used it—I can assure you his polenta void is not for lack of wont.

Two.  Because at said dinner at a trendy-new-restaurant-which shall-remain-nameless, we had a side of farro that was barely passable.  Sad and pale and bored.  (Like a New Englander trudging through March April.) And this should simply not be the case for Italian grains that require so little to taste delicious.

Three.  Because I recently visited Misty Brook Farm and have fallen for their Early Riser cornmeal, which they also feed to their pigs and chickens.  And I hope this balances out some of the implied elitism when I say it’s organic, meaning it’s a non-GMO (a rarity), and from a local farm.  Any food that’s fed to both farm animals and humans can’t be too highbrow.  In fact, I hope we can come to live in a world where people say, “If it’s good enough for the pigs, it’s good enough for me.”

During my research, I also stumbled across this quote from an online garden supply store about using Early Riser: “Chickens will produce eggs with deep golden yolks, cows love it, and it makes a high quality cornmeal for us humans as well.”  Now, cows aren't technically supposed to eat corn.  But that aside, it’s ground so fine and delicate that it makes the creamiest polenta known to man.

But you still have to stir it.

So do your dishes while it gently bubbles on the stovetop.  Or, better yet, grab a book and a bottle of wine and head to the kitchen.  This is precisely how I became well acquainted with both Nigel Slater’s recipe for root vegetable korma and a fantastic Umbrian Sunday dinner red from The Wine Bottega.  (Both of which I highly recommend.) You don’t have to be chained to the range, but you really don’t want to stray too far for too long.

You see.  The key is stirring, and patience.  This makes a high quality polenta for us humans, as well.

In a 2-quart saucepan, bring the water to a simmer.  Add the salt and then slowly whisk in the cornmeal.  Continue to whisk until any lumps dissolve.

Reduce the heat to medium-low and cook the cornmeal for about an hour, stirring regularly to prevent any lumps from forming.  The cornmeal will bubble occasionally; if it starts to sputter and splatter, turn down the heat.

The polenta is done when it is creamy and has reduced roughly by half.  (It should not taste floury or raw, if it does, cook it longer.)  Stir in the butter, cheese, and crushed red pepper.  Taste and adjust for seasoning.  Serve hot.

-If your polenta is looking too dry, add in a drizzle of water.

-For more on the problems plaguing corn, and about Early Riser, see here.

-The vegetable korma is a great way to use up any winter roots you may still have lying around.  (The recipe is from Tender.)
Posted by A Plum By Any Other Name at 10:38 PM 1 comment: