It's None of Your Onions 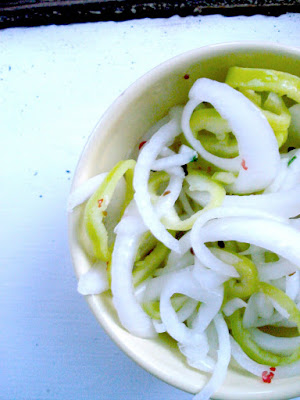 Suffice to say the crazy August sun must have finally got to me: and fried my very last brain cell clean off my frontal lobe. I’ve been doing things that are so out of character lately. If I were counseling a friend, I’d rationalize that by making these decisions she is challenging herself. That her actions mean she is alive and among the living. But mostly, it’s just been unsettling.

Pickled Peppers and Onions
Adapted from Barbara Lynch's recipe for pickled onions in Stir
3/4 cup white vinegar
1/2 tsp kosher salt
1/4 tsp sugar
6-8 pink peppercorns
Pinch anise seed
A few sprigs of oregano
1 large white onion
1 hot pepper
Heat vinegar, salt and sugar in a sauce pan; add peppercorns, anise and oregano and bring to a boil. Slice the peppers and onions and place in a heat-proof bowl. Pour hot vinegar mixture over peppers and onions and let sit until it comes to room temperature. Refrigerate.
Makes about 2 cups.
Notes:
At first it seems like there isn't enough vinegar for the peppers and onions, but once they sit overnight they give up some water and swim happily in the vinegar. They also stay nice and crisp.
Lynch recommends saving the vinegar to use as a salad dressing or marinade base. She is right. It is killer poured over tomatoes and cucumber slices and tossed with a little oil.
I used a lime-green hot pepper solely because of how it looked (it's okay, you can judge). I think it made the mixture (and life) even better.
You could use a mandoline and thinly slice the onions (which is what Lynch recommended). I was feeling lazy and a little troubled and so a mandoline was out of the question.
Posted by A Plum By Any Other Name at 8:25 PM 15 comments: 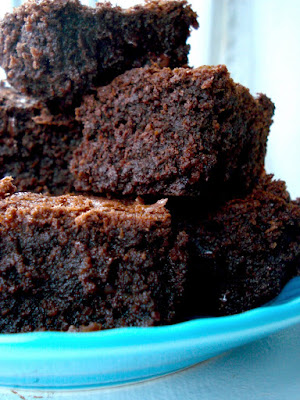 I love a good tradition.
Traditions work wonderfully as mileposts, measuring the distance you’ve traveled; acknowledging changes as life speeds along, while providing assurance that you have something constant amid the chaos to look forward to.
Whether it is glass pumpkins from MIT in September or lobster buoys from the Cape in June, certain objects and events help me punctuate the months and seasons. And in August, I get a little help from “the dude.”
For the past four years, I’ve attended The Big Lebowski movie screening and pre-show bowling party extravaganza at the Coolidge Corner Theatre in Brookline. (I thought long and hard about whether I should even admit any of this.) Like most traditions, it’s a little odd and perhaps a little sad, as occasionally you lose attendees along the way.
This year was no exception on both accounts. Sometimes you lose a rug that really tied the room together. Sometimes you lose a million dollar ringer. Sometimes you lose a friend. And if you can’t learn to accept this, you are entering a world of pain.
Ad Hoc Brownies
Adapted from Thomas Keller's Ad Hoc At Home
3/4 cup flour
1 cup unsweetened alkalized cocoa powder
3/4 pound butter
1 tsp kosher salt
3 large eggs
1 3/4 cups granulated sugar
2 tsp vanilla extract
6 ounces 61-64% cacao chocolate, chopped into chip-sized pieces
Preheat the oven to 350. Butter and flour a glass baking dish. Sift together flour and cocoa powder; add salt. Melt half the butter in a sauce pan and then pour heated butter into a bowl with the remaining butter; stir to melt. There should be small bits of butter remaining.
In another bowl, or bowl of a kitchen aid, mix the eggs and sugar on medium until very thick and pale, about 3 minutes. Mix in vanilla. On low speed, add about 1/3 of your flour mixture and then 1/3 of your butter and continue to alternate until both flour mixture and butter are fully combined. Stir in chocolate. Pour into floured baking dish and bake for 40-45 minutes, until a toothpick comes out with only a few moist crumbs. Let cool until room temperature.
Makes 12
Notes:
I used 2 bars of 62% semi-sweet Scharffen Berger chocolate. It's hard to find exactly 6 ounces of chocolate with 61-64% but Scharffen Berger has it. And thank goodness. Lord knows, I don't need extra chocolate hanging around.
Mr. Keller used 1/2 tsp vanilla paste instead of vanilla extract. I'm sure it's delicious, but I didn't have it. I figured the paste was probably more concentrated so I used more vanilla extract. Also, I just like vanilla. So okay, there was a tiny bit of recipe shenanigans.
If you like Thomas Keller, you should check out French Press Memos. Andra has a great food blog with bunch of Thomas Keller recipes to work your way through.
You can also order Ad Hoc at Home from the comfort of, well, your home from a variety of traditional online stores.
Posted by A Plum By Any Other Name at 7:51 PM 13 comments:

Take A Vacation From Your Problems ... With Sparkling Wine Gelatin 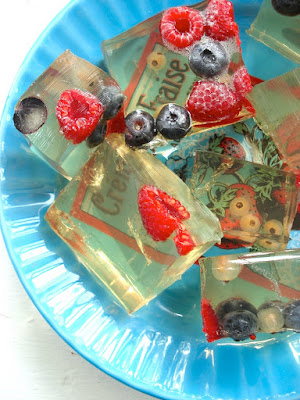 Gelatin. How can I put this delicately: it’s weird. Though its quirkiness is part of its charm. It’s like the slinky of the dessert world. And who doesn’t love a slinky? Life would probably be better with more random slinkies bouncing down stairs. Likewise, I probably don’t eat enough gelatin.

Summer Fruit Sparkling Wine Gelatin
1.5 cups white grape juice
Pinch of salt
4 packages of gelatin (I used Knox Gelatine)
2.5 cups sparkling wine, divided
1/2 cup raspberries
1/2 cup blueberries
1/4 cup white currants
Heat grape juice until just about boiling. Add pinch of salt. Meanwhile, let the gelatin soak in 1/2 of the wine for a few minutes. Stir grape juice into the wine mixture until gelatin is dissolved. Add in fruit and remaining wine. Pour into 11 x 7 baking dish. Refrigerate for a minimum of 3 hours, ideally 5 or more.
Makes about 15 squares.
Notes:
-I was worried about maintaining the fizz, so I let the juice cool slightly before adding it to the wine. (It seemed reasonable to assume that heat might deflate the fizz.) This method seemed to work okay. I would have liked a little more fizz, but that said, I'd like a lot of things.
-These are essentially adult knox blocks. Don't feed them to the kiddies unless you feel like asking for it.
(How could I have forgotten how much I love Knox Blocks?)
-I pretty much add a pinch of salt to everything.
Posted by A Plum By Any Other Name at 6:48 PM 17 comments: 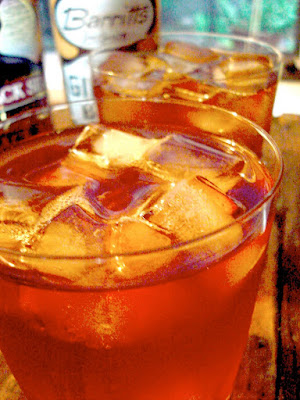 There is a lot we can learn from Hemingway. He wrote classics. He taught us that simplicity says so much. He drank. Hemingway’s scotch and lime drink: 3 ounces of scotch, with lime. (This is a man after my own heart.)

If you are lucky enough to live in Boston, you only have to venture to Whole Foods to get it; though, how long it’s available is anyone’s guess.

The Menu
Rosemary-garlic potatoes roasted in bacon fat
Butter-braised cucumbers with oregano and red onions
Grilled harpoon-caught swordfish with lime butter
Dark and stormy cocktails (recipe follows)
The Dark and Stormy Doble
3 ounces Gosling's Black Seal Rum
Barritt's ginger beer
Lime slices, at will
Pour rum in a 10 or 12 ounce glass, filled with ice. Top off with ginger beer. Add lime slice(s).
Makes one (possibly makes one drunk, depending on your tolerance).
Notes:
No notes are needed; make your own notes.
Posted by A Plum By Any Other Name at 9:36 PM 9 comments: