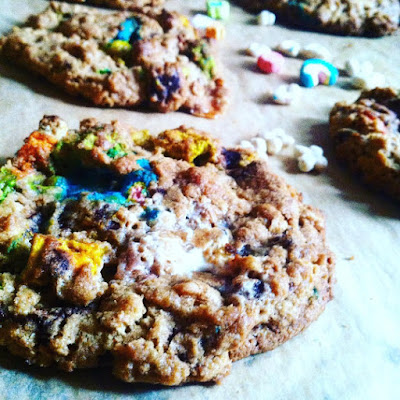 Thirty-four was my scary age.

This, of course, is ludicrous.

I am not alone.  Plus most of my friends are now my scary age.  Which makes my impending situation less frightening. Strength in numbers.

But on the days my consciousness is dialed up, I can detect certain vicissitudes.

I notice that bodily things are starting to shift down, and spread.

I notice that my memory is not as elastic as it once was.  I find myself searching for words like chamomile and amuse-bouche.  This can no longer be correlated with prior gin ingestion, either.

I notice that my friends with children have all vacated the city.  Some days it feels like an emotional fallout shelter—where cultivated adult relationships are unreachable due to nuclear war caused by the whims of toddlers and unaffordable housing.

I notice that some places I love have vacated as well.  Like the shockingly recently departure of River Gods, a bar that offered equally good beef and vegetable-based burgers; poured decent beers; and hung things like mermaids or witches or stars from ceiling, depending on the season.  I have had multiple friends live near River Gods.  They have since moved too.

But there are new homes of old friends to visit. There are new friends too. There are new restaurants and new recipes, like this frozen negroni I recently stumbled across. Because I am nearing thirty-four and still alive and enthusiastically capable of drinking something alcoholic made in a blender.

I also recently found a recipe for cornflake chocolate chip marshmallow cookies from Momofuku Milk Bar that I thought might distract my aging corpse.  Except Corn Flakes were a common breakfast option growing up and I felt compelled to bake with the type of cereal that I was never allowed to eat as a child.  Because I am securely an adult and can do such things.

The result is a cookie with not one, but two forms of marshmallows.  It is a sweet dessert, for sure, but also salty and chewy and thereby addictive to any human with taste buds and a childhood rooted in the mid-twentieth century or beyond.

I mean, what kind of person is not, at least slightly, intrigued by such a cookie?  (No one I want to know.)  Or so I thought.

Through some research I learned Lucky Charms are more or less glorified Cherrios (another Gelsomin sanctioned childhood breakfast) with added marshmallows.  These confections are officially known as marbits and were originally based on circus peanuts.  Circus peanuts!  Which I hate.

So there you have it, another story about getting older. More or less a collection of the truths we sell, stories mixed with the circus peanuts of youth and the Lucky Charms of adulthood. It is probably best not to take your marbits too seriously.  As Anne Lamott once wrote “the truth is we are all terminal on this bus.”

So I guess the new truth is that thirty-three plus is not a scary prospect at all, if you stay curious and adaptive. In fact, given some recent evidence, it’s magically delicious.

for the toasted Lucky Charms crunch

In a small saucepan, melt the butter on medium to medium-low heat, swirling the pan occasionally, until it starts to caramelize and smell nutty (about 5 to 7 minutes).

Meanwhile in a medium bowl, place the separated Lucky Charms oat cereal and crush it with the end of a rolling pin until it is one-quarter of the original size (it is okay if pieces vary slightly in size). Add the milk powder, sugar, and salt and mix to combine. Pour in the butter and toss to coat (the mixture will get moist but not enough to clump together).

Line a sheet pan with parchment paper and spread the cereal mixture on the paper.  Bake for 30 or 40 minutes or until fragrant and slightly toasted in color. Let cool. (This can be made ahead of time and stored in an airtight container.)

In the bowl of a stand mixer, combine the softened butter, sugar, and brown sugar; cream together with a paddle attachment on medium-high for 2 to 3 minutes.  With a spatula, scrape down the sides and then add the egg and vanilla and beat for about 8 minutes.

Meanwhile in a medium bowl, sift together the flour, baking powder, baking soda, and salt.

Reduce the mixer speed to low, add the sifted dry goods and mix until the dough just comes together.  Remove the bowl from the stand and, with a spatula, add in the Lucky Charms crunch, chocolate, and both types of marshmallows; mixing until just incorporated.

Line a sheet pan with parchment paper and portion out heaping ¼ cup size scoops (about 50 to 60 grams each). Wrap in plastic wrap and refrigerate (ideally overnight but for a minimum of one hour).

When you are ready to bake, set the oven to 375 degrees.  Line a sheet pan with parchment paper and arrange the scoops of cookie dough four inches apart. (Two sheet pans can be prepared and baked at a time.)  Bake for about 18 minutes or until the cookies brown along the edges and the centers are no longer pale and doughy.

Cool the cookies on the sheet pans.  (They will harden as they cool, forming crisp edges and soft middles.)  Transfer to a plate or container.  Repeat until all the cookie dough has been baked off.

-For the flour, I went with the gram measurement (the book said 240 grams was 1½ cups but using my measuring cup it was closer to 2 cups).

-I used Wild Ophelia 70% dark chocolate laced with BBQ potato chips, because why not?

-Oh the picture?  We are celebrating a birthday of thirty-four, in the Boston Harbor. 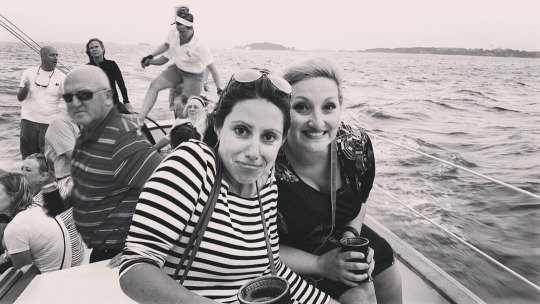 Posted by A Plum By Any Other Name at 9:32 AM No comments: